What are testing principles and methodology in QA testing? 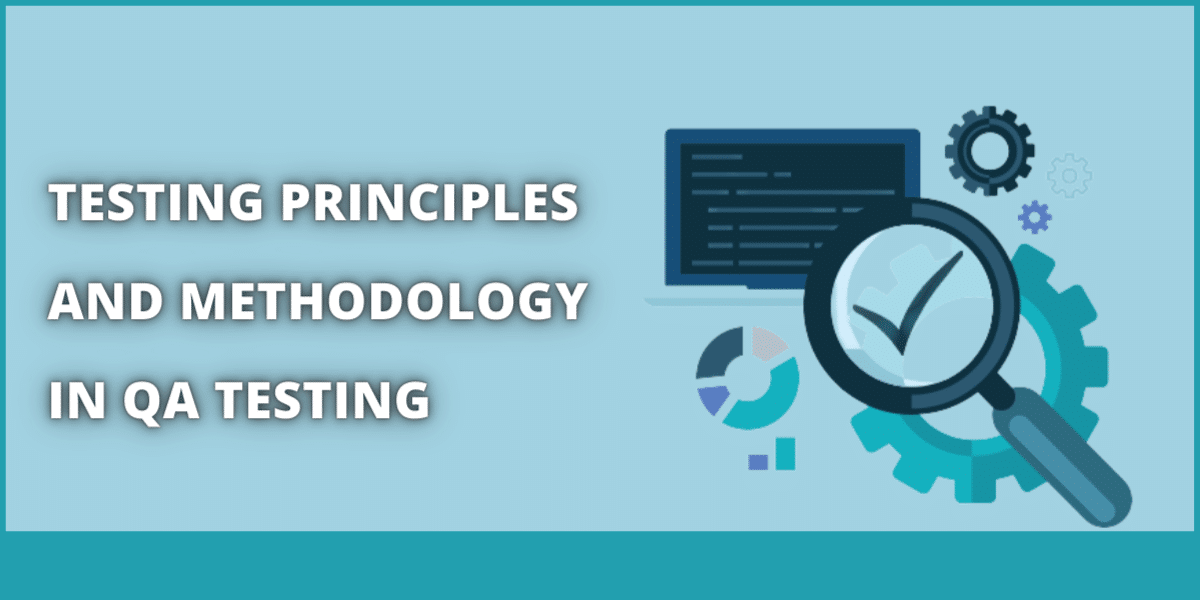 Software testing is a crucial part of the software development cycle. Whatever the systems are developed, they need to be tested; else, the functionality will lose track of its upgrade and fail to execute optimally.

The software industry has evolved to multiple folds right from scratch, making it competitive for each generation getting into this industry. Technological updates have grown so much that disruptions have become a common term with frequent occurrences. The Software Industry has a ton of sectors that are to be maintained properly to define the company’s success.

Software testing is a key element of the software industry that ensures the quality of every individual component. Software testing has various diversities based on the technology it is tested upon. Out of those, QA testing refers to the Quality Assistance test. They say that the quality of the entity can’t be tested but then using some supporting parameters, we can assure the quality.

There are mainly 7 principles practiced for QA software testing. These principles are drafted based on the requirements and work of each module of the software organization. Let’s learn about these 7 principles in detail.

Defect clustering refers to the condition where a small number of modules contain most of the defects. So, the majority of the defects can be found in those modules only. Testing that module will constitute a majority of your solution as you can find 80% of defects in those modules. However, they have a drawback that repetitive testing over the same module or test case may lead to altered results.

2. Exclusive Testing To Be Avoided:

Imagine testing an operating system that is running 10 applications at a time. Without any doubt, the error it pops will be in multitasking. To avoid this, we need to practice individual testing components of a system. This disadvantage can be covered through the above method, defect clustering.

Using the same pesticide over and over again over the same insects will fail to give a positive result. It will show the same result, but what if other new defects failed to be recognized by these tests. Hence, the test cases and testing parameters should be revised from time to time and implemented on a variety of tests.

4. Testing Shows Only The Presence of Defects:

Testing is done only to show the defects. With the knowledge of the defects in the system, one can work on implementing some efficient methodologies to overcome those defects. So how is this helpful? While developing, if we work on every component of the software precautions, then we can achieve 99% big free software, making it easy for every software person to work.

Using test A on system or software B is worthless as it shows the wrong answer. Making sure that the system works properly with all the requirements and is 99% bug-free doesn’t merely help to test. Finding the bugs for the factors existing in the system creates a fallacy. You won’t find the error if you are testing the components for unknown requirements. To overcome this, we have the next point.

Testing at an early stage of the software development cycle will give some more conventional answers. If you find a bug at stage 1 of your development, then you can recover then and there only.

Context dependant means the procedure depends on the context of the requirements for testing. So testing for an e-commerce website will be different from testing for a commercial product.

Now that we have learned the principles let’s look at the methodologies for software testing.

These testing types have seen gradual upgrades making it easy for the software industry to develop and grow.