Mistakes Users Make on an Indian Matrimonial App With Their Pictures 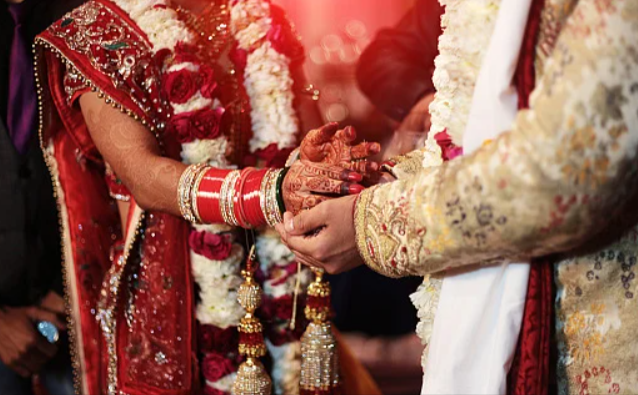 We’ve all witnessed the evolution of a marriage app, also known as a matchmaking or Jeevansathi app, over the years. It has come a long way if we compare the scenario ten years ago. A large part of its success can be attributed to the never-seen-before penetration of the Internet across our country. It has changed the way people see an Indian matrimonial app. Both men and women are using matrimony apps to find their life partner without going anywhere, from the comfort of their home. On a Shaadi app, pictures are considered to be one of the first touchpoints that users come across on a profile.

Anybody who wants to engage you and take things forward would like to see your profile picture (also known as the display picture) and other pictures as well. We often hear the complaints of users, both male and female, about how they are not able to get sufficient matches. And more than often, when we see their profile on an Indian matrimonial app, we find the reasons related to their profile pictures. There are a few common mistakes that users often make when it comes to their pictures. If you are also one of them and want to rectify your mistakes, don’t worry! In this article, we will tell you about those mistakes so that you can understand them properly. Let’s start!

Yes, despite how much we hate the fact, people do judge a book by its cover. And if you have put a blurry picture of yours as your display picture, you are automatically decreasing your chances of finding a match. Some people don’t even put a picture of them on their profile and complain that they aren’t finding their soulmate. Well, tell me one thing, if you ever come across such a profile, would you be able to send an interest? We don’t think so! Everybody wants to have a conversation with an attractive profile. That’s why, you must put the best of your pictures, which are clear and visible, on the profile of your jeevansathi app.

Attention Span of People is Decreasing. So, Give Yourself the Best Shot with Your Best Photos!

You must have noticed this by yourself if you’d seen people using their thumbs while watching reels. People swipe up within 2-3 seconds if they don’t like it. This has happened because we’ve so much to consume today. And with the ever-decreasing attention span of people, you get less and less time to impress other users with your profile. With so many profiles on an Indian matrimonial app looking for their life partner, second chances are extremely rare. So, you need to make sure that you utilize the best of your given chance. Always upload pictures that reflect your true nature and personality so that people can know a little bit about you once they see your picture.

This is the most disrespectful thing you can do on a Jeevansathi app. You don’t want to upload a picture where you’re with 3-4 other people. Tell me, do you want to create a scenario where the other person is playing a ‘Guessing Game’? Would you like the same thing if it happened to you? Certainly not, right! That’s why you upload those pictures where you’re not with other people. One group photo out of 5 pictures will be okay. That much can work. But if you are doing more than that, you’re sabotaging your chances of getting a decent match on an Indian matrimonial app. Nobody has so much time in their hands to play the guessing game.

Yes, if you want someone with a natural & original personality, you should make sure that you’re taking the first step responsibly. Filters are the new normal. However, you shouldn’t upload heavily-edited and filtered pictures on the profile of a jeevansathi app. You wouldn’t want to confuse someone. Always remember that a user wants to see the real you as s/he will be spending the rest of their life with you. So, it would be better to post your real pictures without any use of filters so that people can see you as you are.