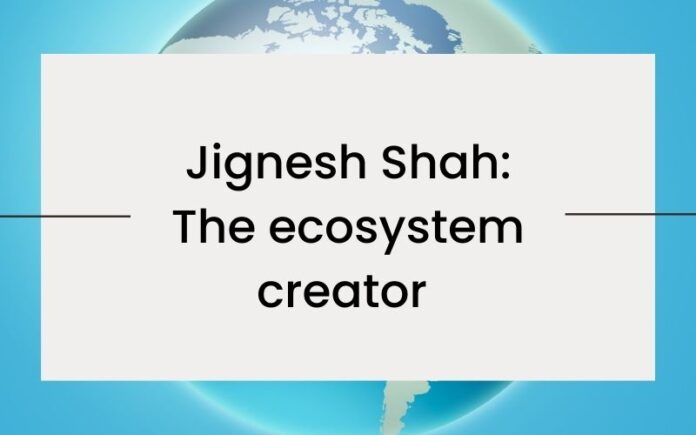 Jignesh Shah has often been acknowledged as the ‘Innovator of Modern Financial Markets’ and is known to lead from the front.
Shah has spoken in a series of media interviews about his future plans and said that this time he wants to focus on the startup ecosystem, since he believes that startup ecosystem wouldn’t be restricted to any exchange or marketplace at all.
He said his focus will be more on nurturing and inspiring entrepreneurs on varied scales including agriculture, genetics and robotics in which he would play the role of a mentor because he feels that it will be a diverse structure with an understanding of entrepreneurship.
Shah is known for his innovative zeal, entrepreneurial aggression, and a distinct vision which can scale up markets, be it start-ups or any other industry with the focus on creating huge employment and value for all stakeholders. His MCX had created 10 lakh jobs in the market ecosystem and Shah believes he can act as a catalyst to create 10 crore jobs in the next decade in the start-up ecosystem.
“We created 10 lakh jobs through our exchanges during a period of ten years (2003-2013). But entrepreneurship is 100-times bigger opportunity than what I had in the exchange space and it won’t be wrong to say that we can create minimum 1 crore jobs and up to 10 crore jobs in the next 10 years through this start-up ecosystem,” he said.
Asked to explain what kind of ‘ecosystem’ he wishes to create and what areas those startups would work in, 52-year-old Shah, who started his career as an engineer before setting up Financial Technologies in his early 20s, said it would not be limited to the areas of technology and financial markets.
“It can be in agriculture, which attracts me the most today, it can be in genetics and it can be in robotics also. There won’t be any constraints,” he said.