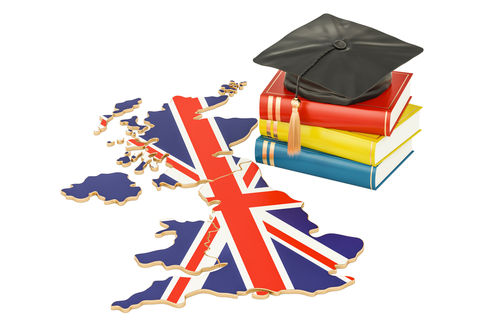 The best way to observe a country is to observe its education system because the greater the education, the smarter the people would be in that place. But here’s the twist, education does not guarantee a good personality. Even the highly qualified people fail in basic mannerism sometimes so you better not confuse education with intelligence.

Anyhow, educational institutes are responsible for more than just infusing different formulas into tutees’ brains. Fortunately, we have such countries in the world that not only provide you with quality education but also groom your personality, and one of them is the United Kingdom.

According to 2019 survey reports, the UK managed to secure 1st position in the chart for being one of the best countries for education and 5th spot in the best country ranking. Although, this year we can see many other countries making a visible effort to scoop the 1st spot.

The Education System of the UK

The education system of the UK is divided into four parts that include primary, secondary, further, and higher education. The children must attend primary and secondary education that starts from the age of five and completes at 16. It has an index ratio of 0.896 as per the 2022 survey. Apart from that, this beautiful region of the world has a flexible education system that welcomes students from all around the world.

Moreover, it has some of the most famous and top-notch universities in the world such as Cambridge and Oxford. Many other countries follow these two education systems in their school and colleges. Even tutees are encouraged to take assignment help from such educational systems.

You might be thinking that all of this would cost a lot, right? But that is not the case since the country offers various scholarships every year for underprivileged students that cover half of what you are supposed to pay. And some scholarships are completely funded by the government. You can also do odd jobs to support your expenses there.

There are two types of schools in the UK, respectively one is a state-level school and the 2nd type is known as an independent school. The thing that differs them is the fee. Since state-level schools are funded by the government, you are not supposed to pay any fee nor the administration can charge you. Whereas, independent schools charge fees from students’ parents.

The similarities of the system in each UK schools

As we have mentioned above primary and secondary education is considered to be compulsory to go for higher studies in the UK. So this can be reviewed as one of the fundamental similarities between schools. But you are also allowed to add two more years to prepare yourself to join any great university.

Along with similarities, you can also witness a visible division between practices in Wales, England, and Scotland.

The 1988 National Curriculum provides a framework that makes education necessary between ages 5 to 18 and each state school in the UK is required to follow it. However, independent schools have leverage and they aren’t required to follow such rules, but they do need to provide all-around education instead. You may think, what if they don’t do that, who is going to keep tabs on them, right? But that’s not the situation in the United Kingdom, since, independent schools are inspected every few years.

This is the earliest stage of education and starts at the age of five, which can be quite familiar for many countries. According to the educational system that the UK has, this further breaks down into five different key stages as follows;

You enroll your child at the age of five legally but there is some primary school for infants and junior levels. They can be on the premises of the same site but would still consider separate.

Moving on to the key stages three and four. Secondary education starts at the age of 11 and continues till 16, in some regions, it’s 18. Anyways, the first two years of secondary education are included in junior or senior categories as per independent school’s policies.

Under the rules of the UK educational sector, tutees are required to study English, Maths, Sciences, a Humanity, and a Modern Language. Besides these subjects, each school has a list of optional subjects (Art, Music, Drama, Latin, Sport Science, Design Technology, and Computer Science) which allows you to choose the subject of your choice.

If we see it in a wider picture, diversity in subjects helps you to compose a perfect essay. Otherwise, you are going to need a cheap essay writing service.

Then comes the moment of truth, the level of further education. Everything that pupils learn in primary and secondary levels, helps them to choose the field they want to get into. Although, they still have a chance to stretch it further to take A-Levels, GNVQs, BTEC, or other such qualifications. If you are looking forward to getting into the best college or university, you are required to clear further education.

This is the last step in the UK education system and most sought after too. Because this isn’t just important for the pupil residing in the United Kingdom but also for those who come from different countries globally. Any international student can directly get into the higher education system of the UK but they need to provide their homeland equivalent to the UK’s further education.

Not so recent but there have been just two reforms over the years in the UK education system. The first one was in 2014, according to which England converted its GCSE grading system from A-G to 1-9, 9 being the highest on the scale. And second, is the new curriculum that has been introduced by Wales in the following year. The curriculum is available on many sites and can be viewed thoroughly.

Conclusion! The great United Kingdom is not only known for its contribution to the free or least expensive education sector but also recognized for its hospitality and generosity towards international exchange students. It has a well-developed public education system and every year it hosts many international students. So if you are willing to pursue higher education nothing can be better than the UK!